One of a Kind Hero ~ In Remembrance of Peggy McKittrick 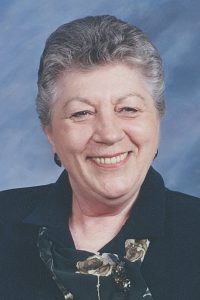 Two months ago DVIP suffered the loss of one of our former staff members, Peggy McKittrick.
Peggy was one of those people who did a little bit of everything at DVIP. As a fierce advocate for our clients, she started as a volunteer but quickly moved on to work in shelter & support our rural counties with outreach services. Peggy loved her family (especially her grandchildren). That love and commitment were extended to her DVIP family – clients, volunteers, staff and community partners. Peggy was an amazing no-nonsense, get it done, and fight like crazy for those who needed her kind of person. You knew when Peggy told you something it was true and sound advice to live by. One of her many talents was making cookies – something law enforcement in our service area came to know well. Every year DVIP hosts a special day to say thank you to law enforcement in our area that work diligently to protect and support victims. Peggy made cookies all year in preparation – she even had a freezer just for DVIP Cookies for Cops! Every year volunteers would deliver bags and boxes of cookies to all of our precincts. Many times Peggy would deliver them at shift changes just to make sure every officer got some! Although Peggy retired from DVIP a few years ago, it was only because her body could no longer keep up with her big heart. 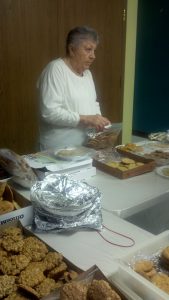 CORALVILLE, Iowa — Peggy Joan McKittrick, 78, of Coralville, formerly of Davenport, passed away peacefully Sunday, April 9, 2017, at Mercy Hospice in Iowa City. A memorial Mass to celebrate Peggy’s life will be 10 a.m. Saturday, April 22, at St. Thomas More Catholic Church, Coralville, with the Rev. Stephen Page officiating. In lieu of flowers, memorial may be made to St. Thomas More Catholic Church, DVIP, or to the Millersburg Project for Transitional Housing of Iowa County.
Peggy was born Oct. 20, 1938, in Douds, Iowa, the daughter of Gerald and Catherine (Roberts) Weir. She was a longtime resident of the Quad-Cities until moving to Iowa City in 1996, and later to Coralville in 2011. Peggy worked as a housekeeping manager at University of Iowa Hospitals and Clinics for more than 14 years before retiring in 2002. Following retirement, she proudly worked as a client advocate for DVIP (Domestic Violence Intervention Program).
Peggy was a longtime member of St. Thomas More Catholic Church and served on the Pastoral Council, the Social Justice Commission and the Family Life Commission. She also volunteered for the flu clinic at VNA and enjoyed belonging to the Red Hat Society. She will be dearly missed.
Survivors include her two sons, Robert McKittrick Jr., of Blue Grass and James McKittrick, of Moline; five siblings, Jean’ne (Paul) Houk, of Davenport, James Weir, of Buffalo, Charles (Janice) Weir, of Davenport, John (Brenda) Miller, of Brooklyn Park, Minnesota and Gerald Weir, of Butte, Montana; 11 grandchildren; and numerous great-grandchildren.
Peggy was preceded in death by her parents; three sisters, Jacquelyn Burns, Jerrolyn Byrd and Joy Marlene Weir; and a brother, Steve Miller.

« REAL LIFE STORIES: What do Domestic Violence Victim Service Providers Do?» More Than Just A Bed