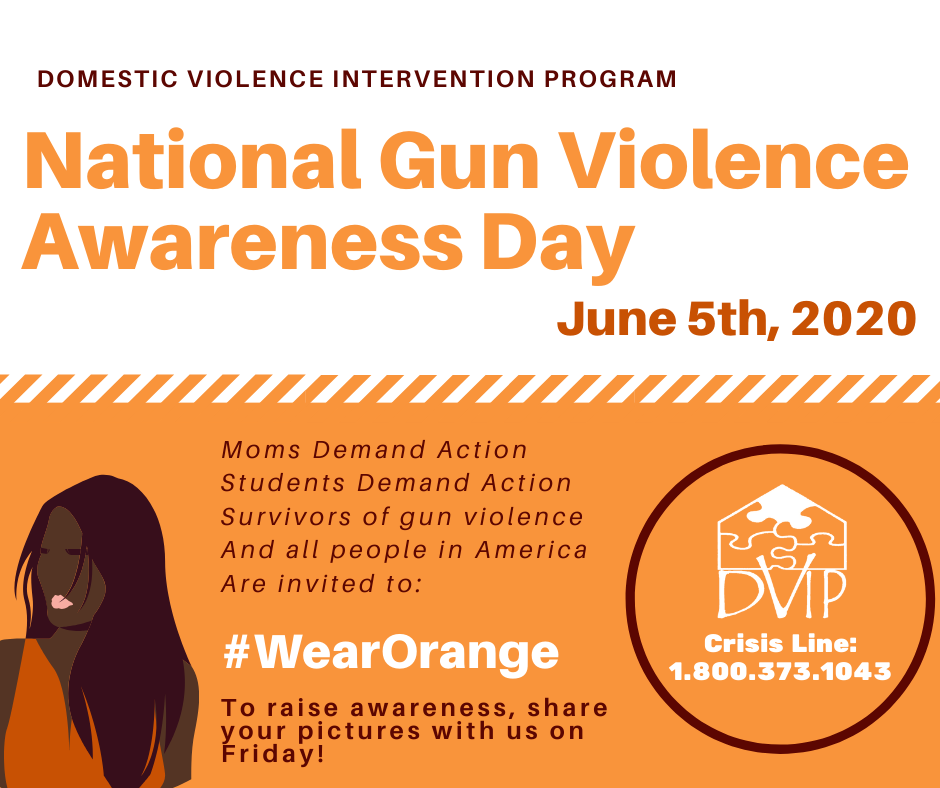 In 2013, 15-year-old Hadiya Pendleton was shot and killed in Chicago. After her death, her friends and family wore orange to honor Hadiya, and the hundreds of Americans killed and wounded by gun violence every day. Every year since then, to coincide with Hadiya’s birthday on June 2, it has become a tradition to wear orange on the first Friday of June and the entirety of that weekend.

We join our friends at Moms Demand Action in promoting and supporting Wear Orange Day  – Join us on Friday, June 5th!

We know that even during the COVID-19 pandemic, gun violence is impacting communities across the country. In conjunction with the Black Lives Matter protests across the world, it is important to remember the disproportionality that the black community faces with gun violence and the corresponding links to police brutality. In their most recent report, the Violence Policy Center explains that according to the FBI SHR data, in 2016 there were 7,756 black homicide victims in the United States. The homicide rate among black victims in the United States was 20 per 100,000. For that year, the overall national homicide rate was 5 per 100,000. For whites, the national homicide rate was 3 per 100,000.

This is why we encourage you to show your support for gun violence awareness and wear orange this Friday.